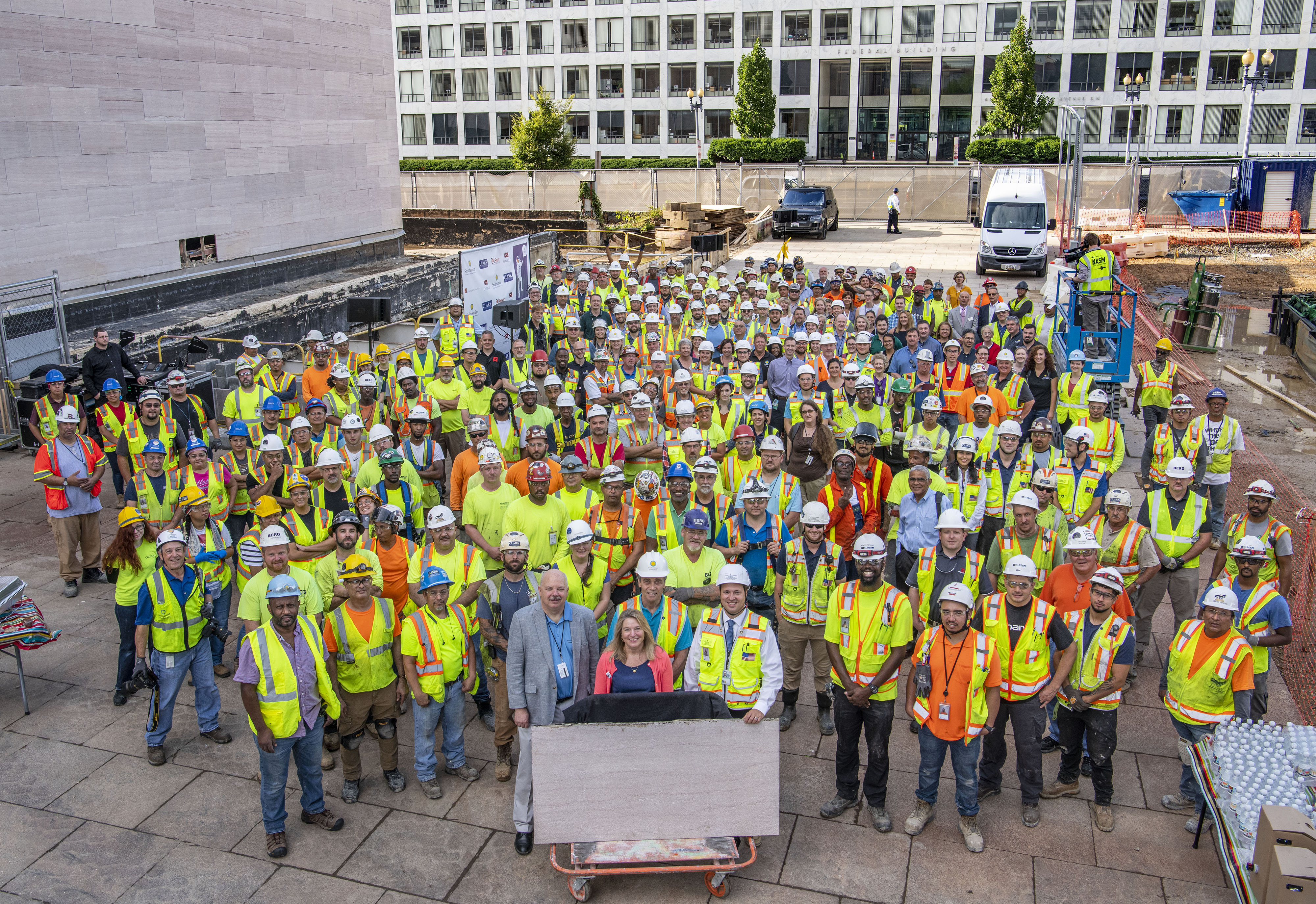 On August 21, 2019, the Smithsonian, Clark/Smoot/Consigli, and Quinn Evans Architects celebrated the kickoff of the National Air and Space Museum’s façade restoration with the removal of the first stone from the museum’s exterior wall. The façade, which is comprised of 15,000 pieces of stone that are approximately 1.5 inches thick, will be entirely replaced over the next five years.

“We are revitalizing one of America’s most treasured museums,” said Jared Oldroyd, a vice president at Clark Construction Group. “We are building a lasting legacy here.”

The Clark/Smoot/Consigli team averages 250 workers on-site daily. With such a large team involved in the complex restoration of a beloved American icon, it is a notable achievement that the team has currently worked over 170,000 hours at the museum with zero lost time safety incidents.

The renovations are being conducted while the National Air and Space Museum remains open to the public. Averaging eight million visitors each year, the museum is home to thousands of artifacts that are being painstakingly preserved as the restoration takes place. In addition to the façade restoration, which will include the installation of five million pounds of structural steel, the team is also renewing all 23 galleries and presentation spaces inside the museum.

“At this museum, we tell stories of how we defy gravity,” said Dr. Ellen Stofan, John and Adrienne Mars Director of the National Air and Space Museum. “But it’s not just stories of the artifacts. It’s stories about the people behind the artifacts. What you’re doing here will inspire the next generation of innovators.”

The National Air and Space Museum opened in 1976 and has welcomed over 350 million visitors. The museum will remain open throughout the duration of the restoration, which will be completed in 2025.