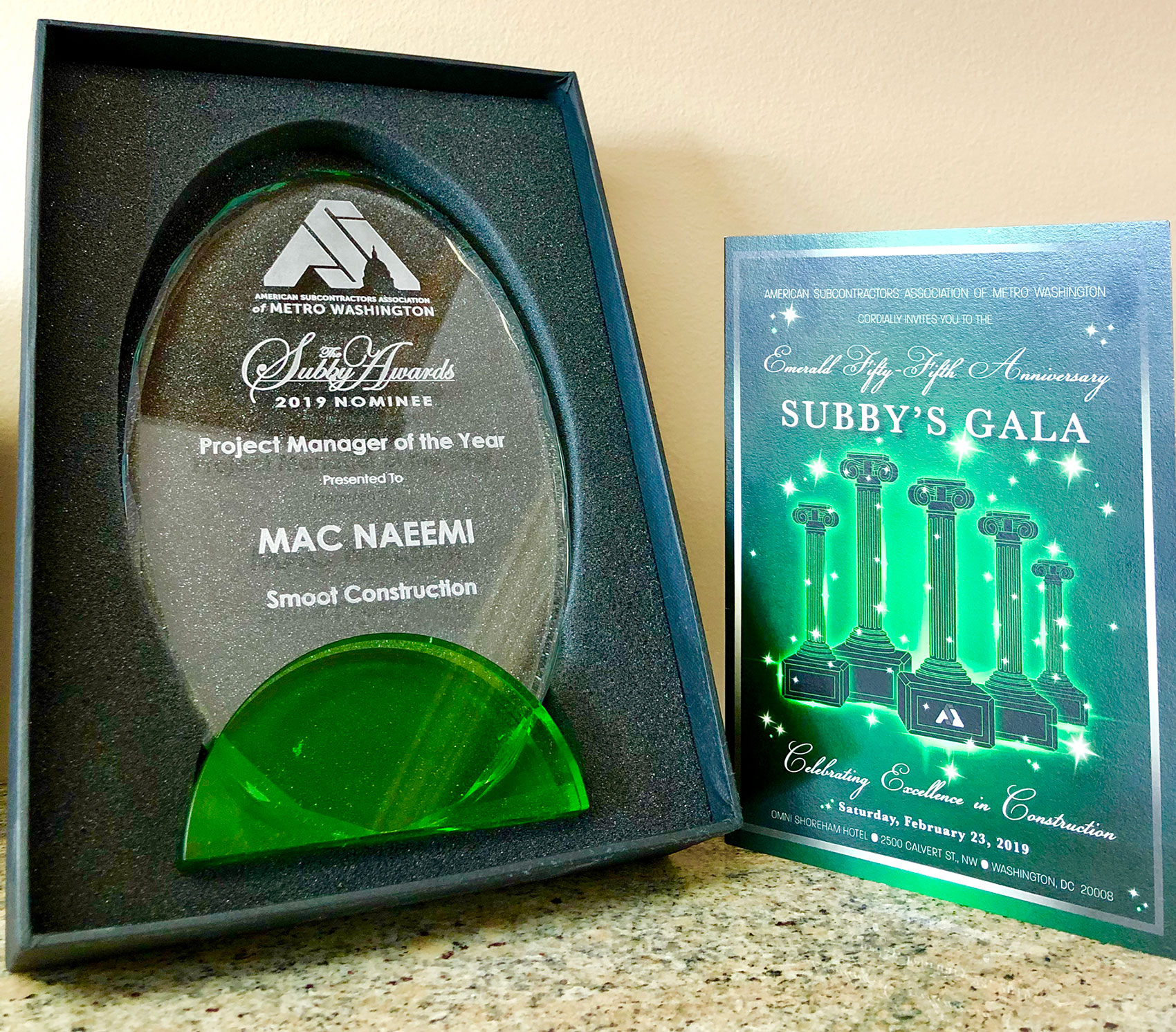 Congratulations to Mac Naeemi, Smoot Project Executive, on being nominated as 2019 Project Manager of the Year by the ASA, American Subcontractors Association of Metro Washington. Mac was honored at the Subby Gala which for 55 years has celebrated excellence in construction. Employed with Smoot since 2005, Mac is passionate about construction and has worked on some of SmootDC’s most complex high-profile buildings- Nationals Ballpark, National Museum of African American History and Culture and DC Entertainment and Sports Arena. He is currently leading construction for the phased renovation of the National Air and Space Museum. Thanks to ASA of Metro Washington for honoring Mac for his outstanding leadership. We’re proud of you, Mac!